Answer to Photo Quiz: A case of progressive abdominal angina 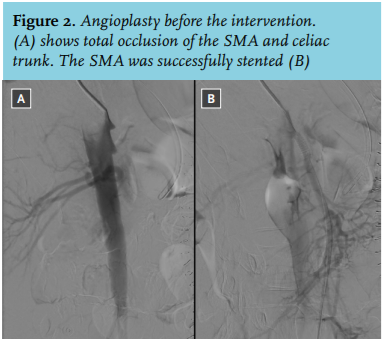 Although arterial occlusion is rarely seen as a result of radiotherapy, it can be a serious and potentially lethal complication. It needs to be stressed that although other diseases may be distracting, it is important to be certain of the full medical history of the patient to prevent early mortality in young patients who have undergone radiotherapy.

All authors declare no conflict of interest.