A 7-year-old boy with fever, rash and coughing

A 7-year-old boy visited our emergency department after referral by his general practitioner because of coughing, fever and malaise for two weeks. During the last two days the patient had also developed an asymptomatic generalised rash. There was no dyspnoea or any other relevant symptoms. His medical history included asthma. No medication was used. On physical examination, the extremities and trunk showed ‘target’ or ‘bulls-eye’ lesions (figures 1 and 2). In some of the lesions, central erosions and clear vesicles were observed. The affected body surface was less than 10%. Further inspection revealed haemorrhagic crusting of the lips and erosions of the buccal mucosa (figure 3), a bilateral conjunctivitis and genital erythema. Cervical painful enlarged lymph nodes were palpated bilaterally. On auscultation, crackling sounds and rhonchi were heard during inspiration. Photographs were taken with permission of the patient and his parents. 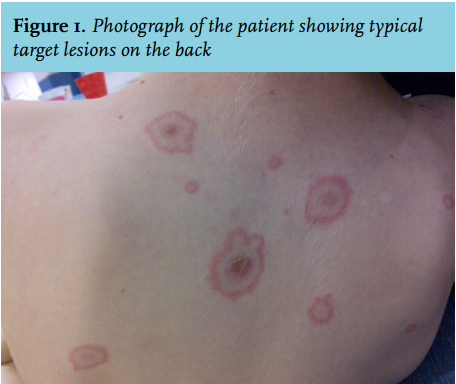 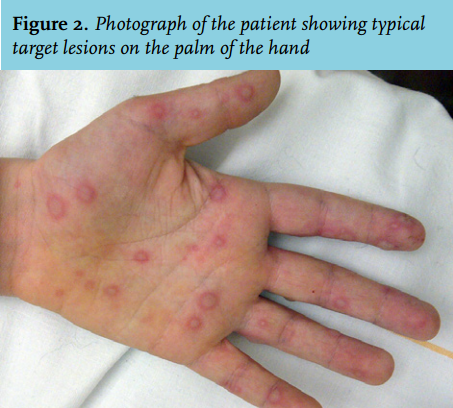 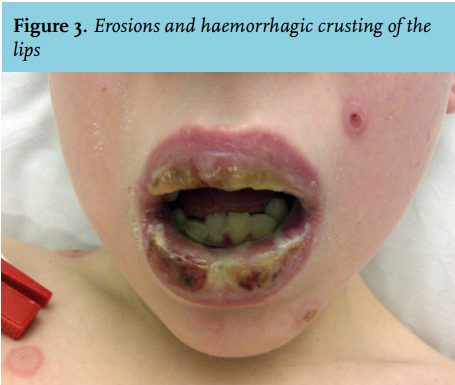